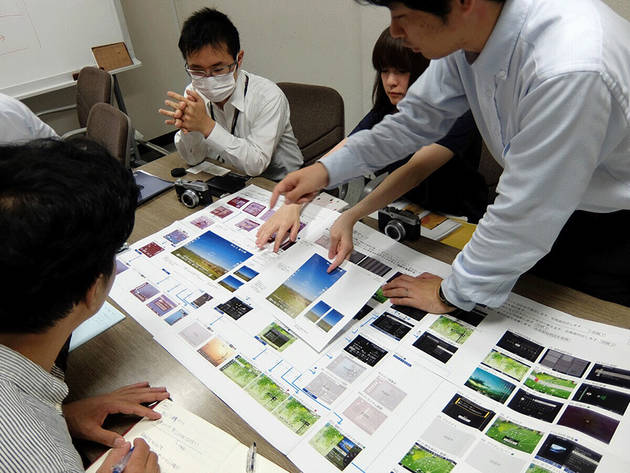 User Interface enhances the functionality of the X Series

1. A design tailored to the user’s needs

The Graphical User Interface (GUI) used for X Series models is based on a GUI that Fujifilm developed originally for FinePixcompact digital cameras. The main elements of its design had remained unchanged for around a decade, but as technology advanced and LCD panels became larger, clearer and easier to view, the GUI for compact cameras started to look inferior. The number of icons appearing on the screen also hamperedframing. Furthermore, with high-end cameras such as X Series, the user can alter so many settings we realised the existing GUI was no longer fit for purpose so we set about designing a new interface.

2. Keeping the subject In view

For X Series users, a clear view of the subject is paramount. If there are too many icons on the screen, photographers cannot fully immerse themselves in the shoot. So when we designedthe new GUI, we focused on creating an enjoyable photography experience and used ideas partially implemented in the X-T1.

The main improvements to this new GUI are to the following three modes: shooting mode, playback mode and a direct menu mode.
Shooting mode still displays various icons on the screen, but these icons have been arranged into groups and movedaway from the four corners of the screen for easier framing. The icon size and design has been revised to ensure an uninterrupted live preview.
Playback mode has also been improved. We made changes after realizing that a GUI for viewing photographs requires a different type of precision and quality than a GUI for taking photographs. Previously, the direct menu mode introduced banners and other text in the middle of the screen that covered large parts of the subject. This might have been easy for novice users, but we changed our approach after it became clear photographers with a certain degree of experience found such detailed guidance unnecessary and that it hindered rapid setting adjustments.

4. Achieving the best possible view on each display 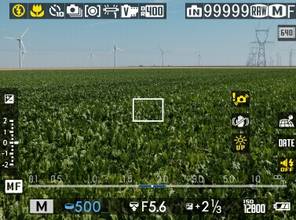 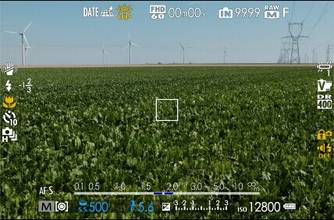 Adjustments havemade to the sizes of those screen components: they’re smaller for the functionsusers can easily view or recall the settings made and larger for the settings that need to be carefully noted.
We have also made adjustments to reflect the perceived differences in brightness and colour that result from different displays to create a similar impression regardless of which device is used. Even the basic RGB values are set independently for the LCD monitor and electronic viewfinder, and each individual icon is optimized. 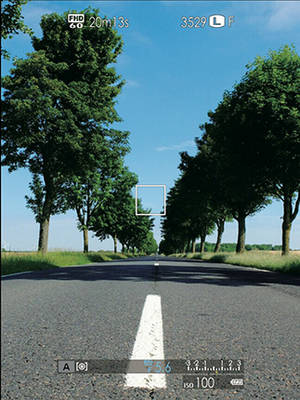 It is easy to produce a layout that results in a good display for certain settings, but we need to guarantee display quality is not compromised when settings are changed. For example, it can be difficult to create a design that produces a high-quality display for each of thefour different aspect ratio settings. When displaying information vertically, information is placed in different positions from the horizontal display, taking account of the difficulty human beings have in moving their focalpoint large distances in a vertical direction and the greater ease with which people identify information lower down rather than higher up. By keeping the information away from the ends and closer to the center, and by positioning less frequently used information higher up, we achieve a good balance and superior functionality.