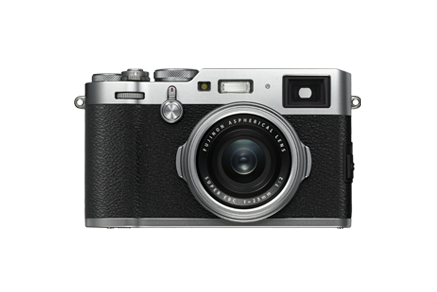 The fourth generation of the X100 Series. The X100F is the ultimate in premium compact digital camera

Fujifilm pioneered a new market segment of premium compact digital cameras in March 2011 with the launch of the X100, equipped with an APS-C image sensor, high-speed image processing engine, high-performance FUJINON lens and the world’s first Hybrid Viewfinder that can be switched between an optical viewfinder and an electronic viewfinder. In February 2013, the second-generation model in the series, X100S, was released with a newly-developed sensor and image processing engine. The company updated the series in September 2014 with the launch of the X100T, boasting the use of the world’s first electronic rangefinder function, in an effort to constantly lead the segment of premium compact digital cameras with cutting-edge technologies.
The fourth-generation release of the series, X100F, features the latest image sensor and high-speed image processing engine to deliver the highest level of image quality and mobility in the series. This is the ultimate in premium compact digital camera, equipped with the Advanced Hybrid Viewfinder of enhanced convenience. While maintaining the elegant design that has proven to be popular, the new camera has been developed in pursuit for easy operability, reflecting requests from users of previous models.